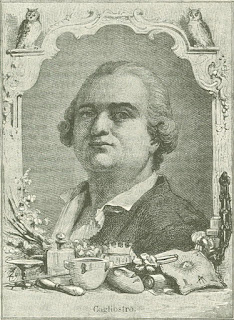 In the summer of 1893, a conjurer calling himself "Cagliostro" was astonishing Paris with his feats of fin­de-siecle magic. Being a student of occultism generally, but more particularly of natural magic and legerdemain, I went to see the nineteenth-century necromancer exhibit his marvels. I saw clever illusions performed dur­ing the even­ing, but noth­ing that excited my especial in­terest as a devo­tee of the weird and wonderful, until the presti­digitator came to his piece de resistance—the Mask of Bal­samo. That aroused my flagging atten­tion. The fan­taisiste brought forward a small table, undraped, which he placed in the center aisle of the the­ater; and then passed around for examination the mask of a man, very much resembling a death-mask, but unlike that ghastly memento mori in the particulars that it was exquisitely masqueraded under modeled in wax and artistically colored.
"Messieurs et mesdames," said the professor of magic and mystery, "this mask is a perfect likeness of Joseph Balsamo, Count de Cagliostro, the famous sorcerer of the eighteenth century. It is a reproduction of a death-mask which is contained in the secret museum of the Vatican at Rome. Behold! I lay the mask upon this table in your midst. Ask any question you will of Balsamo, and he will respond."
The mask rocked to and fro with weird effect at the bidding of the conjurer, rapping out frequent answers to queries put by the spectators. It was an ingenious electrical trick. Being already acquainted with the secret of the surpris­ing experiment in natural magic, I evinced no emotion at the extraordi­nary behavior of the mask. But I was in­tensely interest­ed in the mask itself. Was it indeed a true likeness of the great Caglios­tro, the prince of charlatans; the famous nec­romancer of the old regime, who foretold the fall of the Bastile; the bosom friend of Cardinal de Rohan, and arch-master of Occult Freemasonry? I re­paired to the manager's office at the close of the "soiree magique," and sought an in-magician who had the cognomen of Cagliostro.
"Is monsieur an aspiring amateur who wishes to take lessons in legerdemain from M. de Cagliostro?"
"No!" I replied.
"Pardon! Then monsieur is desirous of purchasing the secrets of some of the little jeux?"
I replied, as before, in the negative.  The manager shrugged his shoulders, toyed with his ponderous watch-chain, and elevated his eyebrows inquir­ingly.
"I simply wish to ascertain whether the mask of Balsamo was really modeled from a genuine death-mask of the old-world wizard."
"Monsieur, I can answer that ques­tion, "said the theatrical man, "without an appeal to the artist who performed this evening. It was taken from a likeness of the eighteenth-century sorcerer, not a death-mask as stated, but a rare old engraving published in the year 1789. Unfortunately, this picture is not in our possession. How­ever, you may be able to pick up one in the antiquarian shops of the quai Vol­taire."
I thanked the manager for his in­formation, and re­turned to my hotel. The story about the death-mask in the possession of the Vatican was simply a part of the presti­digitator's patter, but everything is per­missible in a conjur­ing seance. 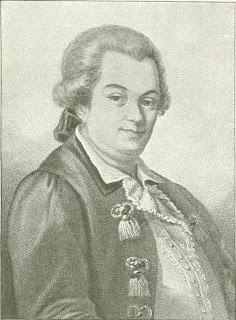 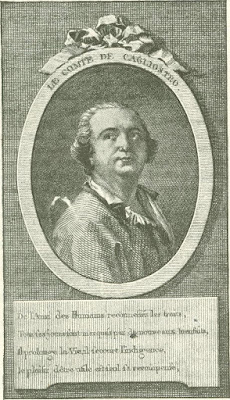