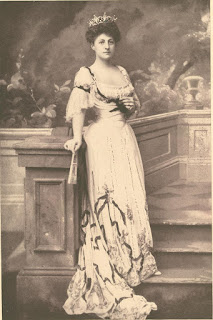 A superficial accounting of the success of Mrs. Cornelius Vander­bilt as a social leader is sure to be fol­lowed by the explanation that she has behind her the Vanderbilt name and the Vanderbilt millions. So she has, and there is no denying the potency of either, nor the fact that a woman backed by them may go far. But to cap these ad­missions there is another even as palpa­ble. It is that some women are bound to go further than others.