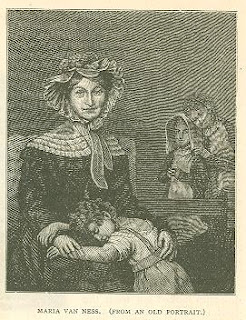 When Congress, at its sec­ond session, held at New York in the mid-summer of 1790, voted to give to George Washington the selection of a site on the Potomac for the nation­al capital, that selection was not only left to the successful General, who had just brought the nation safely through the fires of Revolution, but to the Surveyor, who, as a young man, had spent his early life mapping out the plantations on its banks. Nearly forty years before, young Washington, accompanying Braddock to his sad defeat, had encamped on the very spot where the Washington Observatory now stands. As the young aid­-de-camp looked out from the door of his tent at even-tide, he remarked on the favorable character of such a location for the site of a great city. Since that day, Arlington, so beautiful for situation that de Tocqueville has said that no place in Europe possessed a lovelier prospect, had come into his possession by marriage. No day passed that he did not look across the stately Potomac upon those forest-bearing hills, now crowned by the public buildings of the Capitol, and crowded with the homes of more than a hundred thousand people. Those hills rose just across the river against the lower edge of his own plantation, and the two families that lived opposite each other, often exchanged visits; and on Sundays they always met in the Episcopal church of Alexandria. His daily contemplation of this place made him fully aware of its natural advantages as the site of the future metropolis. The two branches of the Potomac, between which the city is situated, promised ample room for that commerce which the first President always expected to centralize in his favorite city. Alexandria and Georgetown, places of large size for that day of small things, were to constitute its suburbs, and were expected to be, as they have been, swallowed up in the superior greatness of their common center. Nor is it unlikely that that observant mind was at all unconscious of the influ­ence of the proximity of a large city on the value of the plantation belonging to his wife, on which he then lived, and which was afterwards to descend to his foster­ children, the Custises. 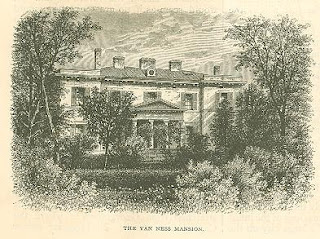 During the winters of 1790-91 Washington was busily engaged with the four planters who lived on the left bank of the Potomac, settling the terms on which they would consent that their plantations should become the site of the future capital. It would seem as if no great exertion would be required to induce these gentlemen to agree to exchange their boundless acres of forest and half-tilled plantation for the crowded and valuable squares of what was expected to be the largest city on the continent. But David Burns, "that obstinate Mr. Burns," as Washington call­ed him, who owned the whole of the west end of Washington; was for some time opposed to the arrangement. For three generations, he and his ancestry had lived on that spot and had acquired a wealth that old Scotland had denied them. The place was originally laid out as a plantation of six hundred acres; and so small did that amount of land then seem that it bore the name of the Widow's Mite. But by degrees the place grew and enlarged till it stretched from Georgetown to where the Capitol now stands. In 1790, its owner was the justice of the peace for the whole neighborhood and somewhat choleric withal. And tradition relates that when the President was one day telling him of the great advantages of the proposed plan, old Burns gruffly burst out - "I suppose, Mr. Washington, you think people here are going to take every grist from you as pure grain; but what would you have been, if you hadn't married the widow Custis?"
The southern border of the Burns plantation was a little stream, still flow­ing below the Capitol, well - known to every Washington boy as the Tiber, and to every classical scholar there as the Yellow Tiber. During the past winter, that stream has been walled and covered in, so that its waves no longer greet the light till they reach those Botanical gardens where Congressional horticult­ure flourishes at national expense. On the very spot where the Capitol now towers by the side of that little stream, lived, generations ago, an old gentleman, who was extremely fond of a practical joke. His own name was Pope; his plantation he therefore christened by the name of Rome, and the stream at the foot of the hill where he dwelt he called the Tiber. Very frequently did he bore his guests with the oft-told tale that America, as well as Europe, had its Pope, dwelling at Rome, on the banks of the Tibet! How it would have delighted his honest old heart, could he have foreseen that the ground where he then dwelt would in other days be known as the Capitoline Hill. 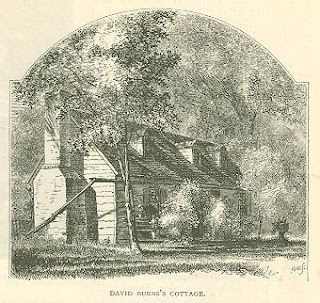 It required some time and much talking to reconcile all the diverse elements; but at last David Burns and his plantation ­neighbors consented that their homesteads should be converted into the capital of the nation. One half of the land was to be given up to the public, the old proprietors to retain the other half. For all lands taken for public uses, they were to be al­lowed one hundred dollars for every acre and a half. Major L'Enfant, a French engineer of note, was selected to layout the new city. He made, his streets run due North and South and named them after the numerals; or else due East and West, designated alphabetically.  The French minister of that day remarked to Gen. Washington that his engineer must be an infant in mind as well as in name to call his streets A, B, C, and 1, 2 and 3. 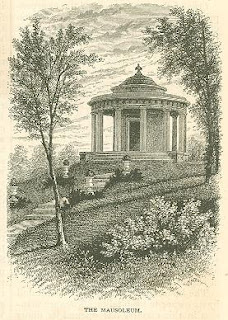