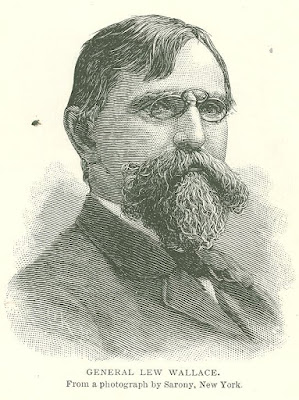 When President Garfield made out General Wallace's commis­sion as American minister to Turkey, he wrote across one corner of the doc­ument - the lower left hand corner, to be exact - "Ben Hur - J. A. G." The appointment was partly a trib­ute to him as the author of that re­markable book - a fact that may re­call the days when the Athenians re­warded a popular speaker or a clever playwright with the command of a fleet or an army. It was also a merited recognition of his services as a gal­lant soldier and an able administrator.
Versatility is an American charac­teristic; but it would be hard to name a parallel to the career of the man who led the bold dash upon Johnston's forces at Romney, who turned the bloody tide of battle at Fort Donelson and again at Shiloh, who saved Washington by standing all day against overwhelming odds at Monocacy, who successfully gov­erned a turbulent Territory, and who has won assured fame as a writer by work of a very high and very unique order. It almost seems as if the personality of the colonel of the famous Eleventh Indiana Zouaves and the brigadier general in command of the Middle District must be a separate one from that scholarly man of letters who writes and thinks and dreams in the quiet of his shady garden in a Western country town.

And yet the literary taste has run through all the changing scenes of General Wallace's life. In his boyhood, which was passed at the In­diana village of Brookville, although he persistently refused to go to school, he was a voracious reader. His father - who served in Congress, and was Governor of Indiana from 1837 to 1840 - had a fine library, which was always open to him, and he was seldom without a book in his pocket. It is said that he used to disappear from the house immedi­ately after breakfast, and come back only when hunger and approaching night drove him home, spending the whole day in solitary wanderings, reading, or studying the wonders of plant and insect life. At sixteen he wrote a novel. It was called "The Man at Arms - A Tale of the Tenth Century," and was quite an ambi­tious affair, covering three hundred closely written pages of manu­script, of course, for it never saw the light of print. A romance of early Mexico was his next undertaking, and it was half finished when war arose on the Rio Grande and Wal­lace went off to fight in the country whose history had been his favorite study. 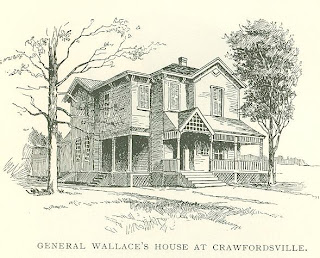