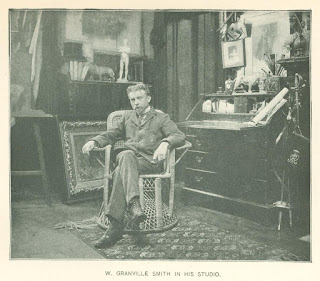 W Granville Smith is one of our New York artists who, having made an enviable name for himself as an illustrator, is rising into the ranks of those count­ed as promising painters.
The illustrated periodical in this country has reached so high a standard and is so much in demand that it has long been recognized as the medium through which numbers of the most talented men have found, not only their first recognition, but a means of livelihood. Public opinion demands the best work in periodical illustration; those who enter into competition are artists of talent, some of whom have after­ward won academic honors; and the fact that W. Granville Smith, among so many competitors, and in spite of his youth, is counted as one of the most successful of our color and black and ­white artists, speaks volumes for the quality of his work.
For the past five or six years the humorous sketches, and recently, since the appearance of the rich and elabor­ate magazine cover, the name of the young artist, have been stead­ily before the public. "Let each new piece of work be in advance of the last," is the watchword of the young man, and those who have followed his career, noting his dogged perseverance and his capacity for work, see in him the practical embodiment of his own fixed principles.
" If I have succeeded," he says in his frank, energetic fashion, as he rather unwillingly talks about himself, "it is because while I believe in talent and I reverence our great teachers, I believe beyond all else in hard work, the hardest kind of work, six days in the week, and Sundays too; day and night I have allowed myself no respite. Do you see the face of this girl? Yes, it suits me now, but I wiped it out fifty times before I was satisfied. It seems to me," he continued, "that I am barely starting in the way I want to go; I don't like to use the word success in relation to myself, although I have done nothing into which I have not put my best efforts. I always maintain that nothing is so trivial that something very good cannot be made out of it - a good experience; a good lesson of some kind; a bit of fine color; a clever hand­ling of light and shade. It is by wait­ing for what we call better opportuni­ties that we lose perhaps the one opportunity to rise to something better." 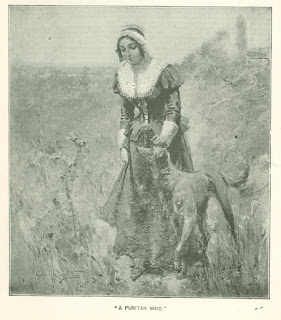 As Mr. Smith speaks he stands before a large oil painting, "The Country Doctor," which he has just about com­pleted. It is a simple story, pictur­esquely and graphically told. During a wild midwinter snowstorm the country doctor reaches the little farmhouse. The farmer's wife stands at the door with uplifted lantern. Its light falls upon the stalwart figure of the doctor muf­fled in his storm-coat, shows the whirl of the storm, and outlines the figure of the horse, his forefeet dug in the snow to steady himself against the wind. In the shadow can be seen the figure of the farmhand holding the half-frightened animal in check. The grouping is dig­nified and effective. The suggestion of atmospheric movement and warring ele­ments, in contrast to the intense and, human passions of the anxious, self restrained woman and the kind, sturdy physician, is brought out with the sym­pathetic subtlety of an artist who is master of the lights and shades of ef­fect.
"This is the beginning of the work I want to do," said Mr. Smith, as he stood before his most ambitious canvas; " just a beginning. I don't know yet what my future will be. I know that I in­tend to go forward and to work as hard as I have in the past."
W. Granville Smith was born in Gran­ville, New York, in 1870. Although his father was a practical business man, he was of an art loving nature.  His wife was a good musician, and Granville's elder brother possessed un­common musical ability. It was, there­fore, an art loving home of which the future artist was a member. His father is wont to declare he was born with a pencil in his hand. The talented child was a source of pride and sorrow to his teachers, for, while he would not study, he would draw in a way that gratified their pride. 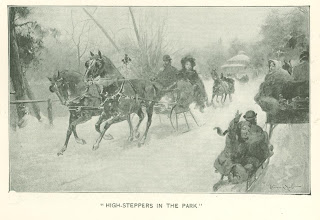 He drew constantly while attending the public schools of Newark, and when he entered the Newark Academy to prepare for Princeton, he entered also the Saturday classes of Satterlee, the artist, who turned out such men as Curran, Chapman, Whittemore, and Dangerfield.
He was just about to enter Princeton when reverses of fortune changed his plans and he entered the office of Hal­sey & Wood, the distinguished archi­tects. Here, through his energy and talents, he soon made himself useful, especially as at this time the firm was engaged in drawing plans for the Ca­thedral of St. John. To Granville Smith was given the task of making the beautiful water sketch that was sent in for the competition, and later he set up his own studio.
Originally published in the Metropolitan Magazine.  September 1898.