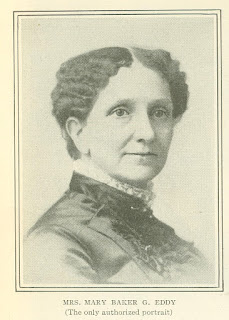 The death at Boston, on Decem­ber 4, of Mrs. Mary Baker G. Eddy, in her ninetieth year, brought an earthly end to a remarkable career. Of no other American woman can it be said that her adherents were numbered by hun­dreds of thousands, who were as loyal at the moment of her death as they had been at any period of her life. Mrs. Eddy was known as the founder of Christian Science, a religious cult which had made great headway in this country in a time when it had come to be thought that only the well-tried faiths 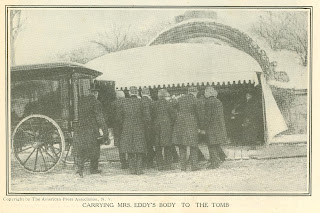 could appeal to thinking men and women. To the confusion of the wise, Christian Science made thousands of converts in the ranks of the Christian churches. It made eager propagandists of some of the most earnest and devoted leaders of those churches.
Unques­tionably the practice of its teachings helped to make many sick people well and brought to many well people a new gospel of hope. Under Mrs. Eddy's leadership, these people were gathered in prosperous and enthusiastic churches throughout the country. It is not to be supposed that Mrs. Eddy's death will cause these organizations to dwindle and decline, even though the growth in coming years should be less rapid than in the founder's lifetime. Some means will be found to con­tinue the, propagation of the faith, and just at this moment the country is keenly inter­ested in the men who are managing the temporal affairs of the church during this critical period. The portraits of some of them appear on the opposite page. The first group of Be­lievers in Christian Science, known as Mrs. Ed­dy's "students," was formed thirty-five years ago. The number of communicants at the present time is in dispute.  Two years ago the "Mother Church" reported about 45,000 members, and it was stated that about 1,000 other church organizations were then in existence.  Some estimates have placed the total number of adherents at 300,000 and others even higher.
Originally published in The American Review of Reviews.  January 1911. 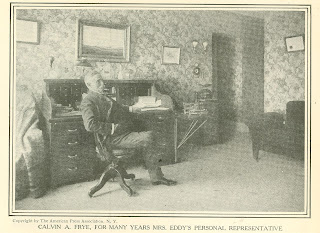