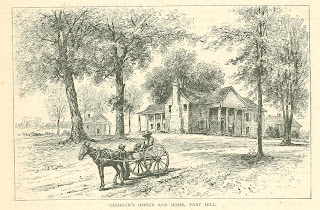 No more beautiful or salubrious region is to be found in the whole United States than that which is lifted above the low level and clinging heat of the Atlantic coast by the clustered hills of the Blue Ridge; and no part of this range is more attractive than that included in the easternmost corner of South Carolina, where that State lies like a wedge between North Carolina and Georgia.
It was here, half a century or more ago, that one of the men of the South, who has stamped his name deeply into American history, the Honorable John C. Calhoun, fixed his home, and possessed himself of what have now become ancestral acres. in the prime of the old Southern supremacy and prosperity, in the zenith of the states­man's career, it was a place where the citi­zens of Charleston and Columbia, and all of the rest of the world who were fortunate in having the owner's friendship, went for large hospitality and rural sport au grand seigneur. In these days of the decadence of all that make such a place glorious and its owner an autocrat, the half-deserted mansion has become a point of pilgrimage for those whose imaginations still cling to ­the old order of things, and of curiosity to others, who care to see a relic of former pride. 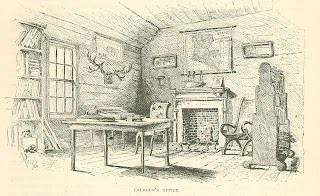