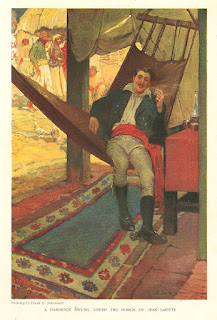 By the light of a half-moon we left the sleeping village. It was close to three o'clock in the morning when the little boat swung away from the landing on her voyage south.
Far astern - a day's journey and more by waterway through the great swamp­ lay the city of New Orleans. Beyond, through ninety miles and more of lakes and bayous, lay a number of small is­lands, at one time the home of free­booters known as "The Pirates of the Gulf." That life has passed. But per­haps upon those low stretches of marsh­land there might exist even now the rem­nants of the once swaggering "Brethren of the Coast."
All that had happened the day before was by way of introduction. We were now entering the real haunts of the pirates. Bayou and bayou; small lakes fringed with cypress and palmetto; great gaunt arms covered with moss; myriads of water fowl; a crawling life that moved unseen among the knees and roots of the trees; through such' a panorama we passed, mile after mile of bewildering waterway. 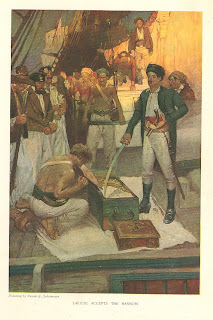 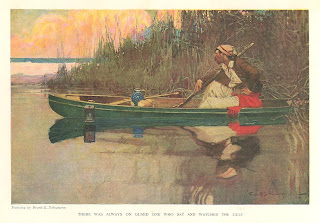