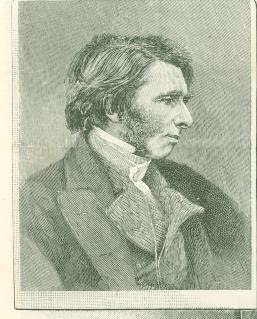 At the age of twenty, Mr. Ruskin, then at Christ Church, Oxford, had just won the Newdigate prize poem. Two years later the first volume of "Modern Painters" showed that a new poet had in­deed arisen, though a poet who was destined not to cast his thoughts in verse, but in "the other harmony of prose." At eight-­and-thirty "Stones of Venice" had ap­peared. At eight-and-forty (as in our second portrait) he had recently been elected Rede Lecturer at Cam­bridge, and was in the height of his great combat with the world he lives in - a world 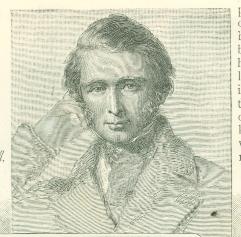 which, in his eyes, is given up almost beyond redemption to canters, money grubbers, inventors of improved machinery, and every kind of charlatan. In volume after volume, he was putting forth in the midst of much which reason found fantastic - bursts of satire fierce as Juvenal's, and word­ pictures more gorgeous than the tints of Turner, conveyed in that inimitable style which is as strong and sweet as Shelley's verse. In these latter days Mr. Ruskin, like a prophet in a hermitage, has become more and more of a recluse, though now and then his voice is still audible in a wrathful letter to the papers, like a voice heard crying in the wilderness that all is lost.