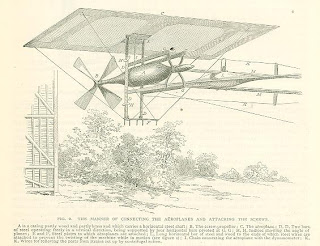 In February, 1879, there ap­peared an article in this magazine entitled "Aerial Navigation (a priori)," by Edmund Clarence Sted­man, in which certain sug­gestions were made in regard to the possibility of navigating the air by means of fish shaped or cigar shaped balloons operated by screw-pro­pellers driven by some species of motor. The writer did not claim to be an engineer; he only held out to engineers certain suggestions which he believed were possible of attainment. Since that time, however, the identical apparatus which he suggested has been very extensively experimented with by the French Government. The culmination of all these experiments has resulted in the construction of the fish shaped balloon called La France, which is propelled by a screw driven by an electric motor, the source of electricity being a storage battery. This balloon has actually ascended several times, and has returned and landed at its start­ing point. But this was in a dead calm; only on rare occasions has it been possible to return to the starting point.
The experiments on La France have really been conducted by the French War Depart­ment with the view to obtaining a balloon which could be controlled sufficiently to reconnoiter an enemy's position and return within the lines. These experiments have been conducted by the ablest of French engineers, supplied with un­limited means and with all the resources of science at their disposal; every advantage has been taken of all the experience of those who have conducted similar experiments before them. They have probably worked out the problem to as high a state of efficiency as it will ever be possible to arrive at with a balloon; still the result is most unsatisfactory. A balloon must of necessity be of less density, considered as a whole, than the air in which it floats, and consequently must be of an extremely bulky and fragile nature. It is quite as impossible to propel a balloon with any considerable degree of velocity through the air as it is for a jelly­fish to travel through the water at a high rate of speed. 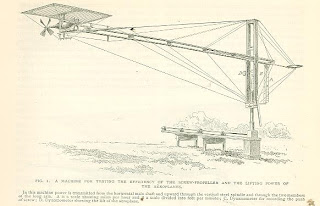 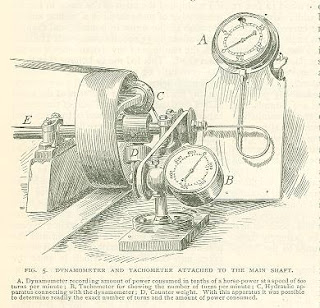 The wings of a bird in flying perform a two­fold function. They form primarily an aero­plane which supports the body after the manner of a kite, and, secondarily, a propeller for driving the aeroplane forward. I think all scientists are agreed ,that if we are ever able to navigate the air it must be on the aeroplane system; that is, the weight of the machine and passenger or pas­sengers must be carried by a large plane driven at a high velocity through the air. There is, however, some difference in opinion in regard to the proper manner of propelling these planes. Some of the less scientific, who wish to imitate nature as far as possible, think it would be necessary to imitate the wings of a bird, while others propose the use of a screw similar to those used in propelling steamships, but of course made much lighter in proportion to their size. I am in favor of a screw-propeller, because with it I find a high degree of efficiency, and the possibility of applying a large amount of force in a continuous manner without any vi­bration or unsteadiness in action. The unsci­entific man claims that all birds and insects fly by flapping their wings; consequently, the suc­cessful flying machine will have to be provided with wings that flap. Others claim that in all nature we do not find birds which weigh over fifty pounds; consequently, no successful flying ­machine will ever be made that weighs over fifty pounds.
In answer to this it might be said that the horse as well as the bird is a very beautiful and highly organized animal, and in its mo­tions we observe the highest degree of efficiency for the power expended; still, if we had at­tempted to build our locomotives on the plan of a horse, and had limited ourselves to the weight of the largest quadruped, we should probably have succeeded in making locomo­tives which would weigh five tons - the weight of an elephant - and walk five miles an hour, By the use of the rotating wheel on the locomo­tive, together with its great weight and size, we have been able to apply an enormous amount of power in a continuous manner, and the result is that we not only equal the horse but we very much surpass him both in power and speed. The nautilus, which weighs only a few ounces, is the only animal known which sails upon the face of the water after the man­ner of a ship. Nevertheless, sailing ships which are successful in a very high degree weigh thousands of tons. The largest animal which swims in the sea weighs seventy-five tons, and is probably able to travel at the rate of twenty miles an hour for twenty-four hours at a time, while we have many steamships which weigh 10,000 tons, and which are able to travel at an equally high rate of speed for fifteen days at a time.
It is quite true that artificial machines do not develop so much power per pound of carbon or food consumed as do animals or natural ma­chines; still the highly concentrated character of the fuel - such as coal or petroleum - em­ployed in artificial machines more than com­pensates for this difference. It is safe to say that there is twenty times as much energy in one pound of petroleum as in twenty pounds of vegetation, fish, or animal matter.
In order to ascertain the amount of energy re­quired for flying, and also to ascertain what in­fluence, if any, the factor of size has upon flight, I have constructed a very elaborate apparatus by which I am able to test the efficiency of vari­ous kinds and forms of screws, and the lifting power of aeroplanes of various sizes and shapes set at various angles. M y apparatus consists of an arm 31 feet9.9 inches long, mounted upon a strong vertical steel tube, provided with ball bearings so as to eliminate as far as possible the element of friction. The arm, as will be seen in the engravings, is made double, the edges being sharp, so as to offer as little resistance as possible to the air. To the end of this long arm is attached what might be termed a small flying machine, which is provided with a shaft, the center of which is exactly 31 feet 9.9 inches from the center of the steel tube on which the long arm revolves. It would, therefore, describe a circle exactly 200 feet in circumference. The power to operate the screw-shaft of the flying­ machine is transmitted by suitable gearing through the central tube and the two mem­bers of the long arm, the screw-shaft being free to move in a longitudinal direction, its move­ment, however, being opposed by a spiral spring. Upon attaching a screw to the shaft, and rotating it at a high rate of speed, the flying machine was free to move around a 200­ foot circle. Whatever the push of the screw was, the spiral spring was correspondingly com­pressed, and suitable apparatus recorded the push in pounds on a large scale attached to the framework which carried the arm, and which could readily be observed while the apparatus was in motion. Attached to the flying machine was a series of levers arranged after the man­ner of platform scales, and to which the aero­plane could be attached at any desired angle. A small steam engine, which could be readily run at any desired speed, furnished the power. A tachometer recorded the number of revolu­tions made, and a dynamometer the amount of energy expended. In order instantly to observe the speed, or to be able instantly to arrive. at any desired speed, the machine was provided with a large glass tube connected in such a manner that as the speed increased red liquid rose in the tube. On one side of the tube was a scale divided into miles per hour, and on the other a scale divided into feet per minute. 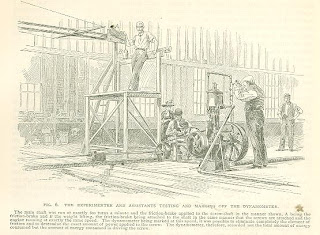