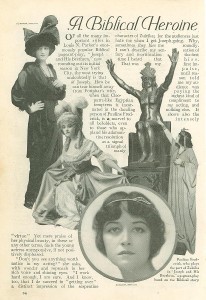 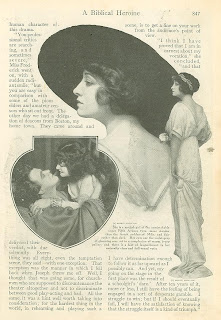 "You professional critics are searching, and sometimes severe." Miss Frederick went on, with a radiant smile; "but you are easy in comparison with some of the pious elders and amateur censors who sit out front. The other day we had a delegation of deacons from Boston, my home town. They came around and delivered their verdict, with due solemnity. Everything was all right, even the temptation scene, they said - with one exception. That exception was the manner in which I fell back when Joseph threw me off. Well, I thought that was going some, for churchman who are supposed to discountenance the theater altogether and not to discriminate between good play-acting and bad. All the same, it was a hint well worth taking into consideration; for the hardest thing in the world, in rehearsing and playing such a scene, is to get a line on your work from the audiences point of view.